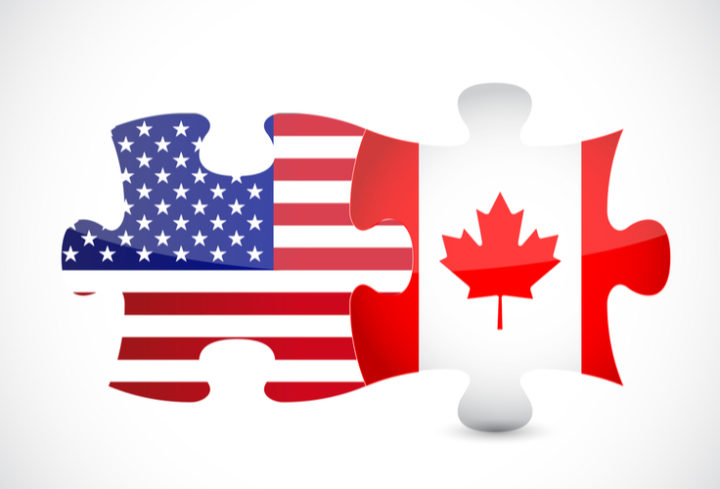 The United States has tax treaties with several countries, which affect how American citizens operate outside the U.S. For example, American expats in Canada must file taxes in Canada and in the U.S. However, the U.S. and Canada have a treaty in place so that expats aren’t taxed twice on the same income. Get a U.S.-Canada tax treaty summary to explore what you owe, when you owe it, and the benefits of working with a Canada-U.S. tax accountant.

What Is the U.S.-Canada Tax Treaty?

Signed in 1980, the U.S.-Canada tax treaty outlines how Canadian and U.S. residents who live in one country and work in another are taxed. Americans who are classified as non-residents of Canada do not have to pay income tax in the country for income under $10,000. (Note, there are exceptions for some types of work. For instance, public entertainers and self-employed individuals.)

While scenarios can be more complicated with individuals who maintain homes in both countries, the situation is straightforward for U.S. expats who live and work in Canada with a limited physical presence in the U.S. Canadian residence is accrued after 183 days living in the country. Thus, if you’re an American who worked in Canada and lived there for 182 or fewer days, or if you earned under $10,000 and are not self-employed, you do not have to pay Canadian taxes.

Assuming you either fit the residency qualification or earned over $10,000 as a U.S. citizen working in Canada, taxes are something with which you need to concern yourself. For self-employed expats, Canadian taxes are owed if you have a “permanent establishment” in Canada. If you’re not sure whether your business counts, a CPA with expat experience can advise you.

The U.S. is unique on the world stage in that it requires its citizens to pay income tax, even if they live and work internationally. American expats in Canada are legally required to file U.S. income tax returns every year.

With U.S. taxes, expat benefits allow you to declare your earnings and take advantage of benefits such as:

While tax liability may be clear cut, thanks to the U.S.-Canada tax treaty, the two countries have differing tax laws — and these can leave expats confused. To give a simple example, consider mortgage interest deductions. Those deductions are standard on U.S. taxes, but Canadians lack an equivalent deduction. Another example is the deadline: U.S. taxes are due on April 15 (although expats get a free extension) and Canadian taxes are due April 30.

A CPA specializing in expat taxes can not only keep track of the deadlines and tax laws, but ensure you receive all the credits to which you are entitled as an American expat in Canada. Given the steep penalties that come with non-compliance regarding taxes, it’s wise to leave the detailed work to a CPA.

For any U.S. citizen living in Canada — whether you are a new expat or have several years of U.S. taxes on which you’ve fallen behind — it’s worthwhile to speak with a CPA firm that helps expats address tax liability.

At Expat CPA, we have experience filing on behalf of expats located overseas and in Canada. Our CPAs understand the nuances of the U.S.-Canada tax treaty and keep up to date on tax code changes and laws affecting expats. With our help, you can handle your financial affairs with ease. We can help you catch up on back taxes with IRS streamlined filing, so you avoid being penalized, or file your taxes while taking full advantage of every benefit. To get help with your U.S. taxes, contact us today.