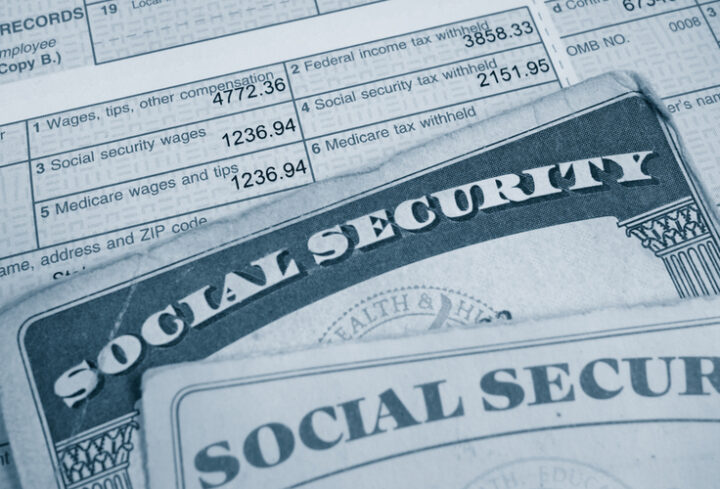 Taxes are complex for expats, who may find it difficult to keep up to date with changes to tax law. Determining how your Social Security taxes and benefits are impacted takes research and expertise that many expats prefer to leave to a CPA. Below, we’ll explore the relationship between taxes and Social Security benefits for expats, then discuss how a CPA can help.

What You Need to Know About Social Security for Expats

Expats are eligible to receive Social Security, provided they have worked for a period of 10 years (or 40 quarters). Expats can arrange to have Social Security directly deposited into their bank accounts or opt to receive checks. While the ability to receive benefits is important, there are key considerations expats should know.

What Are Social Security Totalization Agreements?

Only work conducted in the U.S. counts toward Social Security eligibility. This means an expat who worked internationally for a full career may not meet the 10-year threshold to receive benefits. Totalization Agreements, currently in effect in 30 countries, allow expats who worked in a country that has such an agreement to count their foreign employment toward the 10-year work period necessary to obtain Social Security benefits.

Below are countries with social security agreements with the United States:

Expats cannot receive Social Security benefits if they live in a country that is sanctioned by the U.S., such as North Korea, even if they would otherwise qualify for benefits. Additionally, there are no social security benefits for non-citizens living abroad in certain former Soviet Socialist republics — including Kazakhstan, Turkmenistan, Armenia and Ukraine.

If you’re a green card holder who works in the U.S., a portion of every paycheck goes to the Federal Insurance Contributions Act (FICA), meaning you qualify for certain Social Security benefits. However, the rules change somewhat if you decide to live or work outside the U.S. (defined as outside the 50 U.S. states, Washington DC and U.S. territories).

How Does Social Security for Non-U.S. Citizens Work (if Married)?

Expats who revoke their citizenship or who obtain dual citizenship with another nation can still receive Social Security, provided they are eligible.

How Do Expat Social Security and Taxes Work?

In most cases, expat Social Security tax is capped at 85%. There are exceptions for residents of 11 lucky countries (which include Canada, Italy and Ireland), who do not need to pay tax on Social Security.

Some expats worry about the potential for double taxation to occur. Expats who pay taxes on Social Security income in the U.S. and their home country can take a foreign tax credit against taxes paid domestically, which alleviates the odds of double taxation.

Expats who are working overseas for American companies or the U.S. government, as well as self-employed expats, have to pay their fair share of Social Security and Medicare taxes. It’s in your best interest to make sure taxes are withheld; otherwise, you may owe money when it’s time to file. Expats who work for an international employer or have a short-term contract do not need to pay Social Security and Medicare taxes.

While this advice can help expats understand their tax liability, many expats prefer to consult with a CPA who has experience assisting expats, as everyone’s circumstances are unique.

Need Help With Taxes and Social Security for Expats?

By understanding the laws and exceptions, expats can make sure they pay what they owe while reducing their liability using exemptions intended for Americans living overseas.

Americans living overseas need to file their taxes every year, just as citizens and residents living domestically must do. Many expats find it challenging to keep up with state and federal tax filings when living abroad. These tax filing rules can be especially difficult to navigate for Americans with dual citizenship.

That said, it’s all the more important to do so because expats can be penalized if they don’t file everything they should. Rather than file their taxes and get penalized if something isn’t done right, many expats choose to work with a CPA firm that understands the complexities of the situation.

The right CPA can review your situation, discuss options and advise you on your tax circumstances. If you haven’t filed taxes correctly in previous years, we at Expat CPA can make any adjustments necessary to correct the tax circumstances. This can help you avoid penalties that could be assessed if the IRS determines that you have neglected your tax obligations.

To explore our services or discuss expats and Social Security benefits, contact us today.