Living As An Expat In Mexico 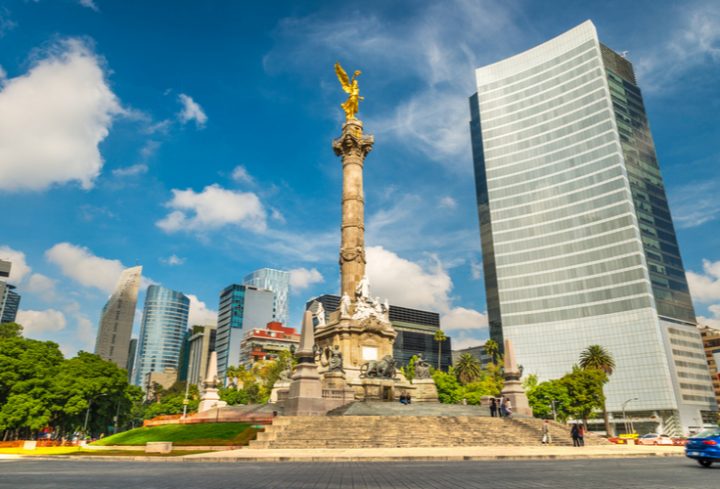 There are an estimated 1 million American expats in Mexico. They may be drawn to the country for its vibrant culture, relaxing beaches or low-key way of life. Whatever the reason expats find themselves in Mexico, Americans who have moved south probably agree on one thing: They wish they had understood their tax liabilities before they left. This guide to income tax in Mexico for expats will help you prepare for a relocation south.

Expat Life in Mexico: What You Need to Know

It’s no wonder Mexico is popular for Americans. The country is close, so going home to visit family and friends is relatively simple. The cost of living is low relative to the U.S., and there are amenities from coast to coast. In the biggest resort towns, you can get by even if you don’t speak Spanish.

You might think that if you leave the U.S., you leave any tax liability. In reality, the U.S. is one of a few countries that charges Americans based on income earned worldwide. As long as you retain your U.S. citizenship, you will need to pay taxes to Uncle Sam, whether you earned the money in Michigan or Mexico.

The IRS will want to know about any income you have earned, regardless of its origin, from:

U.S. expats in Mexico file the 1040 tax form along with specialized forms designed for expats. The Foreign Bank Account Report (FBAR) is used to report money held in foreign bank accounts. If your account has a balance of $10,000 or greater at any point in the year, you’ll need to file FBAR. Don’t think that by spreading money across several accounts, you’ll skip the filing — the $10,000 is amalgamated across all accounts in your name.

The Foreign Account Tax Compliance Act (FATCA) is used to report foreign assets. If the value of these totals $200,000 or greater, you must report.

Mexico considers expats to be Mexican residents if they earn 50% of their income or more in Mexico, use Mexico as their primary place of business, or own their home. If this applies to you, you will need to pay taxes to two countries. The U.S. has treaties in place to prevent expats from getting taxed by two countries on the same source of income. Thus, you are able to exclude income on which you’ve paid taxes to Mexico.

You can also take what’s called the Foreign Earned Income Exclusion (FEIE) and exclude a certain amount of your income from taxation by U.S. government. For 2021, the FEIE is $108,700. The amount changes annually to reflect inflation.

What if you only live in Mexico part time and spend part of the year elsewhere, even in the U.S.? These same rules apply. Given the proximity between the two countries, it is common for Mexicans to earn money in the U.S. and vice versa. You might even earn income from U.S. rental property.

Regardless of its source, you must declare income and pay your taxes. Instead of April 15, expats get an automatic extension until June 15 and can request a second extension through Oct. 15.

These general guidelines will help you understand what your tax obligations might look like. To take advantage of all the edits available to expats, it helps to work with a CPA well-versed in U.S. tax treaties, FATCA, FBAR, FEIE and other tax issues for expats.

Tax Help for US Expats in Mexico

Expat CPA offers tax preparation services geared for expats. File from anywhere with the confidence that your tax liabilities are taken care of and you’re getting the appropriate benefits to which you’re entitled. To learn more or receive an estimate for tax services, contact us.