Effects Of A Government Shutdown On Your Tax Return 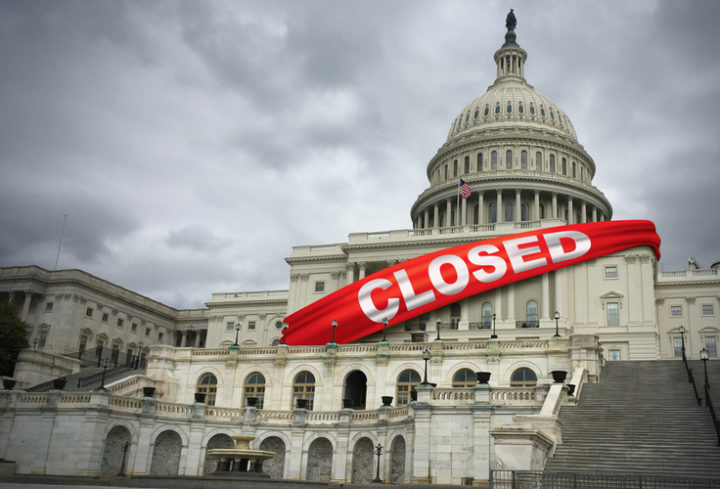 Below, review the lessons learned in the 2019 shutdown and how a future shutdown could affect tax filing and refunds for U.S. citizens, living at home or abroad.

What Happens With Income Tax in a Government Shutdown?

When it comes to a government shutdown and income tax, remember that the government dictates which agencies must remain open. Employees at these agencies work without pay until the shutdown is resolved. Consider Transportation Security Administration (TSA) employees, who were obligated to show up at airports and screen travelers without earning their usual salaries. TSA workers had to do this because national security was at stake.

The IRS may not be necessary for national security. In past shutdowns, though, the agency was open due to its importance to the American economy. In the 2019 shutdown, IRS employees were working without pay, while also trying to prepare for the new tax filing season, which was the first after tax changes brought about by the administration.

The government alleges it will pay employees for hours worked once it re-opens. Yet to reduce the burden of a shutdown, government agencies like the IRS usually rely on a skeleton crew during the incident. This means there are fewer hands on deck to respond to questions, process tax filings and issue refund checks.

For the 2019 shutdown, the IRS retained 57 percent of its employees. The shorthanded agency focused primarily on tasks that could be partially or fully automated and tasks with a safety component — including processing returns, mailing tax forms, and criminal law investigations and other matters. Other duties were shelved for the duration of the shutdown, including audits and examinations of individual returns. If a future shutdown dragged on beyond the record-breaking 2019 strike, the IRS could opt to restart some of these functions regardless of staffing considerations.

While the 2019 shutdown has ended, the IRS has a backlog. Employees are still playing catch-up.

What Could Take Place in the Event of Future Shutdowns?

In hindsight of the 2019 government shutdown, what is most notable is the burden faced by government employees who went without their paycheck for two pay periods. Most workers continued to show up at their jobs. However, in a future shutdown, workers could stop showing up. If that happened, it would hamper the affected agency. Regarding the IRS, that would mean more delays processing tax refunds. For an expat tax filer who had mentally earmarked his or her refund for a needed purchase, a delay would jeopardize his or her ability to go ahead with the purchase.

For the current year, any expat will still be able to file his or her taxes and obtain a refund, although it may not be as fast as in years past. While it would be impossible to predict a future shutdown, taking the lessons learned from this one into account, expats should be prepared for longer wait times from the IRS. To get questions answered, or to get help filing U.S. taxes, expats should look to CPAs with experience assisting Americans living and working abroad with taxes, such as Expat CPA.